Axis is probably one of the most well known names in IP surveillance. They were the first on the scene completely dedicated to video over Internet Protocol back in the late 90’s and are still industry leaders today. Like all manufacturers, they have a naming matrix that might not make sense at first, but it’s pretty easy to decipher.

Axis created their own naming convention chart (image below) to educate their buyers of the cameras for at-a-glance understanding. 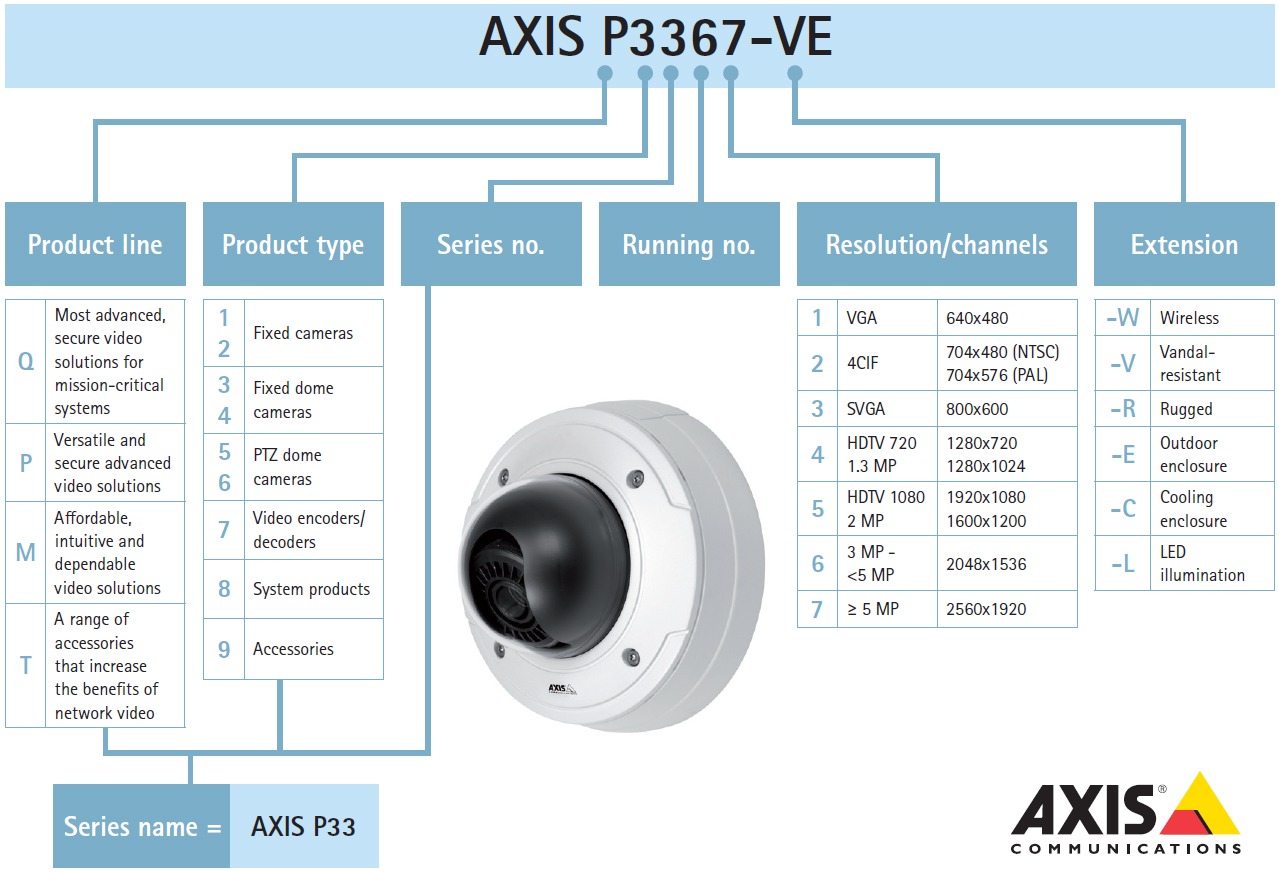 In this example, the P3367-VE breaks down into meaning it’s meant for a versatile and secure advanced video solution, it’s a fixed dome camera, P33 series, supports 5 or more Megapixels, housed in a vandal resistant outdoor enclosure. 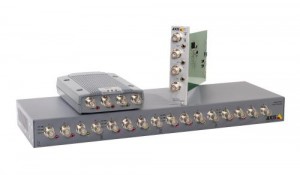 Using another example such as the P7224, it would imply it’s a versatile and secure advanced video solution, video encoder/decoder (in this case, it’s an encoder), P72 series, and it can support up to HDTV resolution. 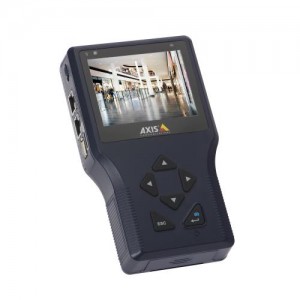 A final example would be the T8414: This comes from a range of accessories that increase the benefits of network video, it’s a system product, T84 series, and it will display in up to HDTV resolution.

For more information on Axis IP Cameras and their accessories, check out the support documents Axis offers on their website at http://www.axis.com/techsup/index.htm.

Taylor is a former VoIP Supply Product Manager. As a published author under the pen name Whitney Taylor Shaw, I love writing. Especially in this field, it's exciting to always be exposed to new technology, the latest fads, and industry events. Along with the VoIP Supply Blog, I also write for SurveillanceInterpretation and enjoy interacting with other bloggers about their work. Follow me on Twitter, and connect with me on LinkedIn.
Tweet this Article
Share on Facebook
Share on Linkedin
Share on Reddit