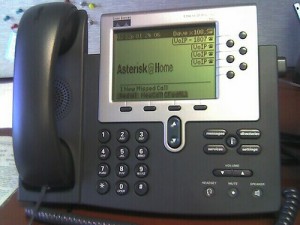 Cisco IP Phones are amongst the most popular desktop IP phones out there. By default, Cisco ship their phones from the factory pre-loaded with their proprietary SCCP protocol firmware (also commonly referred to as “skinny”).

If you are running Asterisk, Trixbox, Switchvox or any other standards-based SIP platform or hosted service, you’ll need to migrate your Cisco phone(s) from their native SCCP (skinny) load to SIP in order to use them. While this is not a particularly difficult procedure, it can be frustrating for those who have never attempted the process.

For the purposes of this exercise, we’re using a Cisco CP-7960G. The process may be slightly different depending upon the specific model of Cisco IP phone you are working with.

Cisco 7940/7960 IP phones can support either the Skinny Call Control Protocol (SCCP), Session Initiation Protocol (SIP), or the Media Gateway Control Protocol (MGCP), but not more than one simultaneously. This is possible because they load different firmware versions on bootup. This functionality is transparent to the end user, and you enable it through changes to the basic text−based configuration files that the phones download from a Trivial File Transfer Protocol (TFTP) server.

A – You’ll need a CCO login for Cisco.com in order to obtain the latest SIP firmware. The easiest way to obtain a CCO login is to purchase a Smartnet maintenance contract for your Cisco IP phone from an authorized Cisco reseller. Once you have a registered Smartnet, you can obtain CCO login credentials and access the firmware downloads section of Cisco’s website. Expect to pay $8-$15 for a Smartnet contract.

B – You should have a comfort level with basic networking concepts and TFTP setup/administration.

Step #1
Download these files from Cisco SIP IP Phone 7940/7960 Software ( registered customers only) and place them in the root directory of your TFTP server (tftpboot on a UNIX machine): 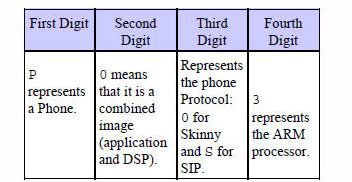 Note: To verify which image the phone is using, choose Settings > Status > Firmware Versions. Different phone models use different processors. This fourth digit can help determine the model of phone for which the file is used.

Step #2
With a text editor (vi or Notepad), rename the file SIPDefaultGeneric.cnf to SIPDefault.cnf (used for global parameters on all phones).

Step #3
With a text editor, rename the file SIPConfigGeneric.cnf to SIPmac_address.cnf, for each phone (for example, SIP002094D245CB.cnf). The MAC address must be specified in capital letters and the extension (.cnf) must be in lower case. The MAC address of the phone can be found on the sticker that is located on the bottom of the phone, or it can be found through the phone LCD screen (choose Settings > Network Configuration > MAC Address). Note: Allow read and write file permissions on the TFTP server for those files.

Complete these steps in order to manually configure the phone network settings:

Step #6 (Optional)
You can also configure the phone network settings from the Dynamic Host Configuration Protocol (DHCP) server. For SIP phones, make sure that the DHCP server uses Option 66 for the TFTP server. These DHCP options are usually configured from the DHCP server: