VoIP Supply is featuring the latest IP Paging devices from three of the top paging and intercom manufacturers to help schools modernize their emergency notification methods.

The abilities of new IP Paging systems from CyberData, Valcom, and Advanced Network Devices (AND) are not limited like traditional analog systems: 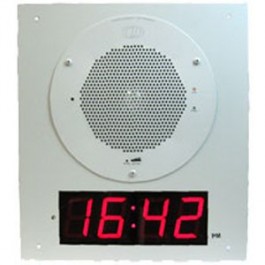 One of the best things about network-based, IP paging devices is what’s called “targeted messaging.”
When used in together with paging management software, users have the control to send messages, sound or text, to one device, a handful of devices, or all IP paging devices on a network.

IP paging management software from Advanced Network Devices, for example, offers a “Security Guard” mode which can monitor live sound in remote rooms. Users will hear the disturbance before seeing it, providing the option to investigate if necessary.

Many IP paging devices work with 3rd party software such as Informacast, Cisco Call Manager, SA-Announce, and others.

There are a couple of ways that schools can realize budget savings by using existing speakers from an old analog paging system while gaining enhanced IP paging features from a partial systems upgrade.

School paging systems use a variety of speakers including ceiling, wall, or horn models. When needed, they can be upgraded to something like Valcom IP Paging Speakers, manufacturer of the industry’s first IP loudspeaker and the first PoE loudspeaker.

But if the old speakers still work, why replace them? CyberData offers simple solutions to incorporate them into an IP paging solution:

“IP paging expands intercom and notification systems in the way that VoIP provided so many new features to our phones,” said Garrett Smith, Chief Marketing Officer at VoIP Supply. “Schools can easily leverage IP paging systems by combining them with their existing IP voice and data networks while gaining powerful features like mass notification for emergency situations.”