The VoIP Addict’s Guide – SD-WAN, and You.

I’ll admit it. The term “Software Defined” or “SD” is as big a buzz phrase as “The Cloud.” I’m not a huge fan of buzz nomenclature, but sometimes it is the best way to describe a concept in a familiar way, especially when discussing technology. If I were playing devil’s advocate, I’d ask: Isn’t everything software defined? Yes, mostly it is, but when you say SD, or SDN (software defined networking), you imply a new iteration of conventional thinking. A new way of doing things, a more flexible, better way.

No longer are we bound to the holy gospel of Cisco, or dedicated internet circuits. We can do things with more intelligent, dynamic, and overall thoughtful methods. Gone will be the days of individually configuring routers and switches because they will all be centrally managed and monitored. Yes, Cisco already participates in SDN, but I’d argue that it’s not always affordable for the average SMB.

Software Defined WAN (SD-WAN) is a concept of centrally connecting and managing multiple sites or branches using a variety of internet connections. For example: DOCSIS (cable modem), 3G/4G, or line of sight wireless. The internet is to reduce dependency on technologies like multi-protocol label switching, which traditionally required leased lines from the same provider. If you’ve had to purchase one, you know that leased/dedicated lines are expensive. You can use SD-WAN to augment an existing MPLS connection or discard it all together which will generate significant savings for your business.

SD-WAN (also referred to as vMPLS) is a feature on services like SimpleWan and can be utilized on their cloud based controller. When you purchase a firewall from them and a subscription to their service, you achieve a single sight picture of your entire network regardless of how many branches you have. Also, I’d like to re-emphasize that SimpleWan, and subsequently SD-WAN is carrier agnostic. So, it does not matter if you have multiple locations from one end of town to the other, or from New York, to Beijing. As long as the devices can connect to SimpleWan, you have a singular infrastructure with potentially very diverse internet connection methods. 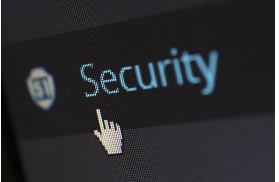 You might be thinking: Why not just use VPNs? Well, you are, but with SD-WAN you’re using a variety of technologies that perform the configuration for you, and establish redundant meshed paths that can decide which direction to send traffic based on bandwidth. Like I said before, SD is a new iteration of the conventional.

What does any of this have to do with VoIP? Well, if you’ve read ANYTHING regarding SIP and NAT, you’ve found out they don’t traditionally get along. Leveraging SD-WAN allows you to bypass any NAT traversal increasing your success with two-way audio. A SIP phone is much happier when it can talk to another local IP and the other end. I’d also be remiss in not mentioning that Quality of Service (QoS) in an integral part of SD-WAN which can prioritize voice and video applications.

Give SD-WAN (from SimpleWan) a chance if you’re considering cutting the cord from your expensive MPLS circuits. As always, thanks for reading and happy VoIPing!