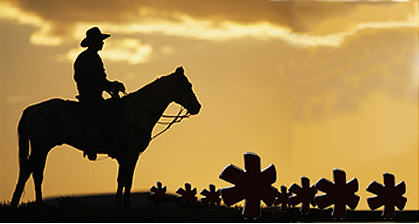 The proliferation of open source, Asterisk-based, VoIP PBX software platforms has lead to demand for inexpensive, telco-grade hardware
appliances. There are likely more than a dozen manufacturers who offer dedicated server / appliance hardware, in a variety of form factors, for use with popular platforms including Asterisk, Trixbox, Elastix and others.

Many Asterisk users and integrators choose to run their PBX on off the shelf Intel or AMD-based servers from the likes of Dell and Supermicro, while neither of these manufacturers target the Asterisk marketplace per se. Here’s a quick overview of some of the hardware choices out there if you are looking to deploy open source telephony in your home or business.

In addition to manufacturing TDM hardware interface cards for Asterisk, Rhino offers several appliances. The Ceros Mini is their latest offering, released a few weeks ago. The Ceros Mini is Intel based and occupies a 1U form factor, with a 2GB flash based hard drive, 512MB RAM and two usable PCI slots for PCI cards. The Ceros Mini also has an integrated LCD display and five-button keypad. Rhino offers a variety of upgrade options from the base configuration.

The Rhino Ceros is the big brother to the Mini, occupying a 3U form factor and sharing many of the same features as the Mini. The Ceros offers a wider range of HDD and RAID options, as well as more usable PCI and PCI Express slots for higher density applications. Both Rhino appliances ship standard with Trixbox loaded.

Hailing from Duluth, Minn., Rockbochs is a relative newcomer in the marketplace, offering their Phonebochs Telephony Appliance which ships with the latest stable version of Trixbox business VoIP PBX software. Like the Ceros Mini, the Phonebochs occupies a 1U form factor, but with a more industrial configuration of CPU, RAM and HDD. An Intel Core Duo Mobile CPU, 1GB RAM and RAIDed 80GB SATA hard drives, and three onboard 10/100/1000 NICs are standard, plus a number of upgrade options.

California’s Fonality released its Trixbox Appliance last year. The Trixbox Appliance comes in a standard and enterprise version. Intel P4 CPU, 512MB RAM and 80GB hard drive, and integrated four-line LCD display round out the package in a 3U form factor.

Telephony industry veteran Pika Technologies has thrown its hat in the ring with the release of its diminutive Warp Appliance for Asterisk. Featuring a compact form factor and AMCC Power PC 440EP Embedded Processor, the Warp Appliance packs a ton of features into a small footprint, and can be configured with a variety of TDM hardware FXS/FXO combinations for PSTN and legacy analog hardware integration.

Aastra Telecom has also thrown its hat in the ring; having announced its Aastralink Appliance at the recent Spring Von show.

Traditional telephony vendors such as Cisco Systems, Nortel and Avaya continue to struggle in making their products accessible, manageable and affordable to the small to midsized business crowd, leaving the door wide open for hardware and software vendors such as those mentioned above.