It seems that the once in question marriage between open source telephony platform FreeSWITCH and Barracuda Networks is now official. 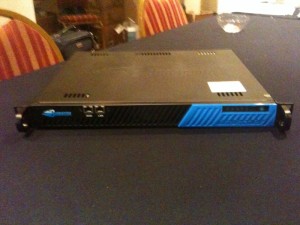 Robust details about the CudaTel unit is still forthcoming, but what is known right now about CudaTel is:

Having seen the CudaTel unit, it is an obvious move to carve out a position in the ever growing open source based PBX marketplace currently dominated by the likes of SwitchVox and trixbox.

Both Barracuda and FreeSWITCH are quick to point out that the real competition is the legacy proprietary guys, though it is tough to refute the fact that CudaTel will come in direct competition with both offerings. This is especially true when one considers the lack of licensing requirements.

Again, CudaTel is still in BETA and more information is still forthcoming. But if you can’t wait, you can get your hands on a unit for 75% off list price if purchased today.

Stay tuned to the VoIP Insider for more information on CudaTel as it is made available.