Disclosure: I should not be publishing this information and the accompanying spy photos. There’s a good chance I may lose my job over this, but I think a lot of our readers may find it interesting and therefore I am sharing it with you here on VoIP Insider.

Some quick background. If you are into Asterisk or Freeswitch then you are probably familiar with IAX2. The IAX revision 2 protocol is used by Asterisk Open Source PBX and FreeSwitch as an alternative to SIP. IAX is short for Inter-Asterisk eXchange and is the native protocol of Asterisk PBX. IAX is used to enable trunking between Asterisk servers as well as endpoints.

The IAX and IAX2 protocols were created by Mark Spencer for Asterisk for VoIP signaling. The protocol sets up internal sessions and these sessions can use whichever codec they want for voice transmission. The Inter-Asterisk Exchange protocol essentially provides control and transmission of streaming media over IP (Internet Protocol) networks. IAX is extremely flexible and can be used with any type of streaming media including video, however it is mainly designed for control of IP voice calls.

The primary goals for IAX were to minimize bandwidth used in media transmissions, with particular attention drawn to control and individual voice calls, and to provide native support for NAT (Network Address Translation) transparency. Another goal is to be easy to use behind firewalls.

The basic structure of IAX is that it multiplexes signaling and multiple media streams over a single UDP (user datagram protocol) stream between two computers. IAX is a binary protocol, designed to reduce overhead especially in regard to voice streams. Bandwidth efficiency in some places is sacrificed in exchange for bandwidth efficiency for individual voice calls. One UDP stream is easier to setup for users that are behind a firewall.

An additional benefit to having a single stream is the added security, which can be implemented very easily. Furthermore, in countries where ISPs are filtering VoIP, IAX can be easily hidden.

For several years, Digium produced an IAX based analog telephone adapter known as the IAXy, or S101i. Digium discontinued production of the S101i some time ago, leaving a bit of a vacuum in the marketplace for users fond of using IAX as an alternative to SIP.

I’m asked all the time why seemingly no manufacturers, including Polycom, Cisco, Aastra, Snom or Grandstream build in IAX2 support into their products, and I never have a great answer for that. The exciting news is that for a few days we have been testing out a brand new SIP desktop IP Phone that also offers IAX2 support!

I can’t tell you much about it, it’s all hush-hush for the moment, but a few details I have been able to glean include:

The phone supports SIP and IAX2. It is a multi-line phone, with dual ethernet and 802.3af PoE support. It will reportedly retail for less than $100.

I also managed to snag a few spy photos and a handful of screenshots, which you can view below. P.S. – Remember, you didn’t hear this from me….. 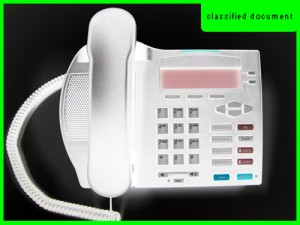 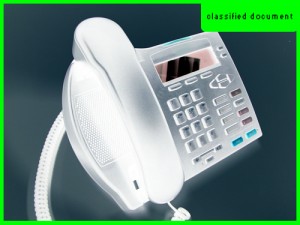 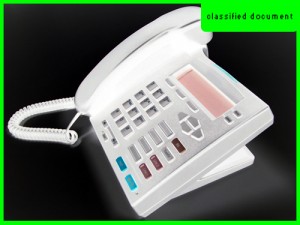 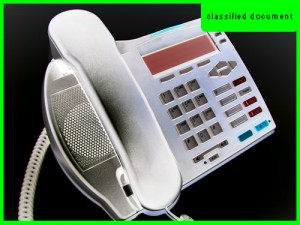 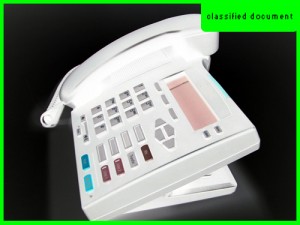 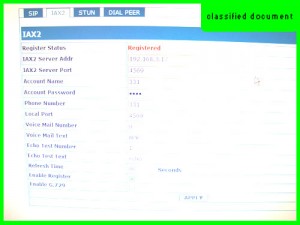 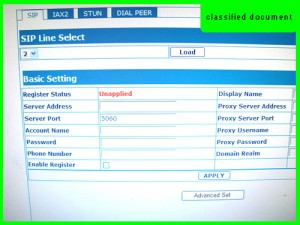