As Cory Andrews unveiled a few weeks ago, Sangoma has release a new USB FXO device, the U100, which allows you to turn a USB interface on an open source appliance/server into a two port PSTN connectivity device. 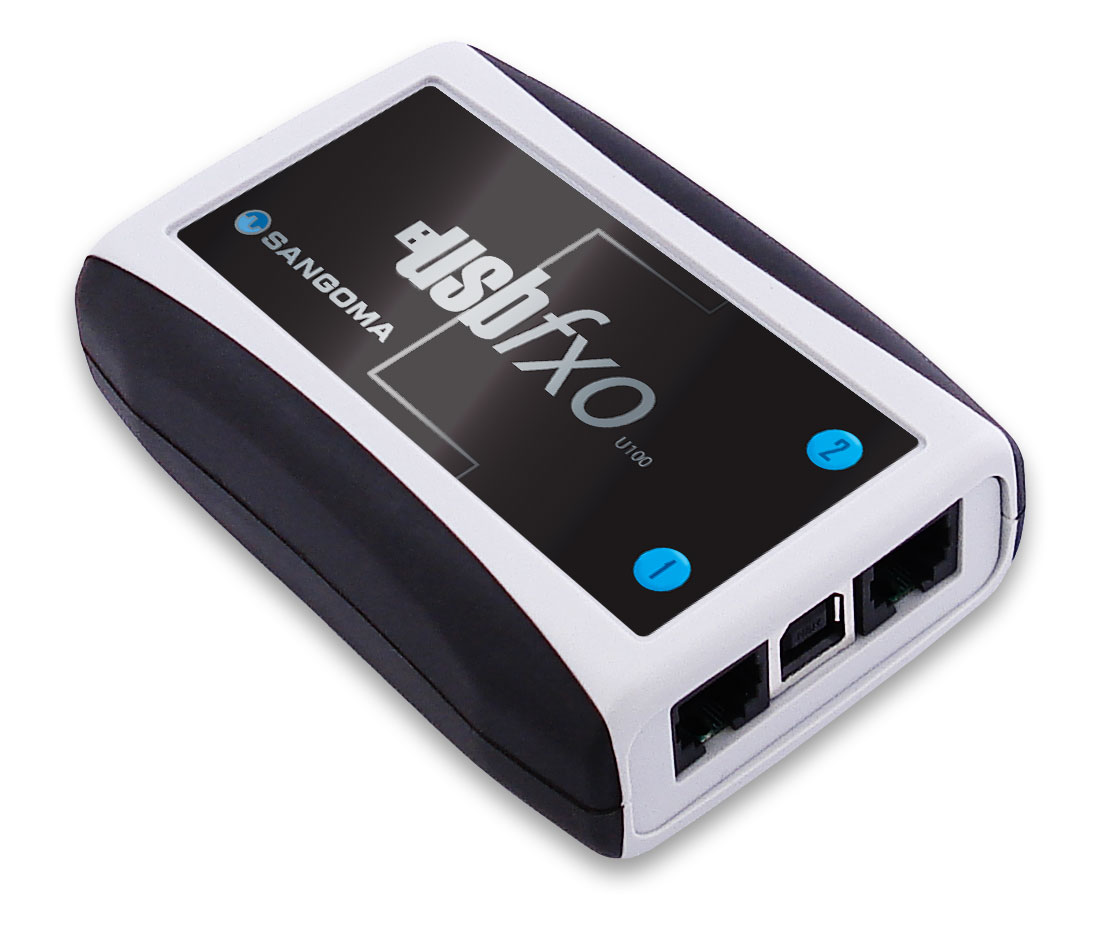 Today we are going to tell you about our experience with the U100 (remember still in BETA, not all of the kinks have been worked out). To begin, this product shows some real promise in the residential and SOHO market. It’s hard to find a 2 line FXO product out there (Can anyone else think of an application for this nifty little device?). Pair this up with the new MSI Wind or the Shuttle X27 guzzling down no more than 40 watts of raw power and you’ve got an ultra green PBX on the cheap. Even greener would be getting it to run on the OpenWRT router that has USB ports (like ASUS WGL500). It’s actually kind of amazing something like this hasn’t filled this niche in VoIP to date.

Now, on to the good stuff…

The hardest part of the installation was getting the drivers to compile. I started with a stock Ubuntu Hardy Heron 8.04 with the 2.6.24-16-server kernel. Failed. Updated to 2.6.24-19. Failed. Finally, installed the 2.6.24.3 full source kernel. Failed. Through the entire process I was in contact with Sangoma developer Nenad Corbic who was extremely helpful in getting this thing to run in a very timely manner. Total props to Nenad and the team at Sangoma. A most impressive showing on how it’s done. We had gone from wanpipe drivers 3.0.5 to 3.0.7 to make this work, which is pretty good considering it’s really a beta version driver.

Once the drivers had compiled the rest was a breeze, as anyone who’s done a Sangoma install knows, they even setup the configuration files for you (ok not the dialplan, but please). Just reload Asterisk or FreeSwitch and you’re good to go.

According to the developers the U100 USB FXO does not have HWEC (hardware echo cancellation). But they do recommend using the excellent OSLEC software based echo cancellation or you can use the built in ones Asterisk uses. Just enable “echocancel=yes” in /etc/asterisk/zapata.conf. The configuration is the same as any other zaptel device in asterisk, so I won’t go into configuration files as that has been well covered in many howto’s.

Overall, this device was not bad to work with, even though it was still in BETA. As I stated above, this device nicely fills a niche in the SOHO/SMB space for PSTN connectivity. With some additional polishing up, you will undoubtedly see this device connected to many of the SOHO appliances in the future.

With that being said, can anyone have any thoughts as to how they would use this device?