Our friends at Software Advice put together a great infographic highlighting the Life and Death of the Analog Telphone.

This pictorial history takes us through time from the humble telegraph to super-speed Voice over IP and beyond.

The most interesting thing we learned while doing our research is the fact that the telegraph evolved into the telephone. It was fascinating to discover how that evolution took place. For example, as soon as the telegraph was invented, there were people all around the world who immediately started trying to improve it. The inventors kept making improvements in a similar fashion until it made the logical evolution into the telephone, and eventually modern-day VoIP technology.

The trickiest part with designing the timeline was how to conclude it. We felt fairly confident that the current trajectory of analog telephony points to a certain end — analog has been technologically obsolete for many decades. While we could have ended it at the present day, the FCC is showing signs of releasing big national carriers of their obligations to maintain analog systems. We felt the conclusion we chose was fitting — it really is only a matter of time. (Craig Borowski, Software Advice)

VoIP Spreading But People are Hard to Predict

Ben Sayers, CEO and founder of VoIP Supply, shares his experiences with the ongoing switch from analog to VoIP: 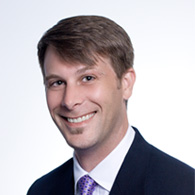 Having been involved in telecom since 1994, I’ve seen a lot of the changes over the years.

My experience with VoIP began in 2004 when we launched VoIPSupply.com and began building VoIP solutions and helping others do the same.

Though I can’t predict the future of telecom and certainly wouldn’t put a date on it, VoIP continues to spread throughout the home and business world as it has reached a mainstream adoption phase.

There is little need for copper phone lines anymore, especially factoring in Mobile and all that it has changed over the last two decades.

With Skype and other desktop voice and video solutions having been around for such a long time without yet replacing the phone on most people’s desks, I have to expect that there is still a lot of runway remaining for fixed telecom with mobile integrations. People’s minds, habits and expectations are incredibly hard to change, including how they talk to other people. (Ben Sayers, VoIP Supply)