IPCS blog making its way around the blogosphere!

Our good friend Jon Arnold plugged this very site yesterday on his blog and pointed out that we have the best answers for IP Camera questions. We really are striving to create a conversation regarding anything that you may want to know, and you can ask us anonymously if you wish. Whatever the IP Camera topic, feel free to contact us with questions, news, ideas, anything you want. And Jon–thanks for the nod!

101 Things You Can Do With Asterisk (and more)!

Asterisk is More Than Just a Phone System

Over the last nine years Asterisk has emerged as world’s leading open source telephony engine and tool kit, however most people simply know it as an open source phone system. Over the last five years that we have been involved in the Asterisk community, we have heard of dozens of different things that people are using Asterisk for or have done with Asterisk.

Personally, I can think of about 25 things (don’t worry I am not competing) that I have heard people do with Asterisk and as the visibility and viability of open source communications continues to grow, more and more applications and uses are coming out each and every day. In a effort to have a little fun and to catalog the many uses and applications of Asterisk, VoIP Supply has partnered with Digium, the creators of Asterisk, to run a contest here on the VoIP Insider to find 101 things you can do with Asterisk.

101 Things You Can Do With Asterisk Rules and Details

The premise is simple.

After reading the rest of this post, simply place a comment below that details a unique use or application of Asterisk that you have had a hand in using/deploying or one that you know of (duplicate instances will be deleted).

When we hit 101 things that you can do with Asterisk, we will pick one winner at random for a $1,500.00 VoIP Supply shopping spree (store credit) sponsored by Digium and VoIP Supply.

So what are you waiting for?

Let’s hear what you or someone else has done with Asterisk!

Update: Due to an overwhelming response, we are extending the contest until Friday of this week. Let’s see how many unique uses for Asterisk we can document!

Update: the contest is now closed. Our winner was Ashley Kitto. For more information visit our follow-up post.

This morning, San Francisco based sipgate Inc launched a Mobile VoIP application for the iPhone. The application, which allows you to utilize the sipgate Mobile VoIP application on the iPhone to make calls through sipgate or your favorite SIP based VoIP service provider. There is only one catch here; one must have the BSD Subsystem installed on their iPhone in order to install the application. This means you must jailbreak your iPhone, which voids the warranty and can cause the phone to “brick” should you try to update it.

Although sipgate is excited about there application, it is “too little, too late.” With the pending launch of the Apple App Store Monday, the availability of mobile VoIP iPhone applications such as the RF Dialer and various Mobile VoIP providers hinting at the release of iPhone applications, offering a “jailbreak only” application this late in the game might but them at a disadvantage when it comes to competing for mind share.

Since I don’t have a “cracked” iPhone, I was unable to fully review this application, however, if they do come out with a Mobile VoIP application for a legit iPhone, I will most certainly test it out and let you know what I find.

Interlaced Scan = The process whereby each frame of a picture is created by first scanning half of the lines and then scanning the second set of lines, which are interleaved between the first to complete the picture. Each half is referred to as a field…two fields comprise a frame. Interlaced scan is common in analog surveillance cameras.

Women in VoIP continues…I told you there are more than a few!  Next up is Suzanne Bowen, CEO at Super Technologies, Inc., commonly known as DIDX.  Anyone who knows DIDX, instantly knows Suzanne.  Suzanne has been involved in VoIP as a hobby since 1995, when she used it as a teacher in her middle school language arts gifted studies class as a learning tool.  In 1999, she officially went corporate.
What is it like working as a woman in the VoIP world?
Just a tiny percentage of women are CXOs in the global VoIP world, and I could describe it with my revision of Gandhi’s quote: “at first, they will ignore you, then they may laugh a bit, then they may debate/fight with you, but hey, hang in there and be a winner.” By “win” I mean just have the aplomb to know that “gender,” “size,” “hair color,” “level of technical expertise,” and other characteristics have little to do with success or the lack of it in any industry. On the other hand, I’m inspired by other women in the industry such as Karen Campagna of Cisco’s leadership skills, Brooke Afick of Bezeq’s tenacity, Susana Etcheverry of JetNumbers’ efficiency, and Debbie Grasso of McLeod/Paetec’s out-of-the-box thinking.
How did you become interested/introduced to VoIP?
Experimentation during classes I taught in Century, Fla. and seeing the power that it places in the users’ hands, even in the hands of 11-13 year olds, in the form of a less expensive, super feature-rich, and mash-up inspiring tool. Rehan Ahmed (our CTO and President) and Herman Dewitt (a South African banker) were two of the first to collaborate with me in the research back in 1995.
What are some of your networking/marketing methods?
Let me make a list: blogging, commenting on blogs, press releases, sponsoring and exhibiting at global conferences (See http://www.didx.net/events/), video interviews of current and potential customers, suppliers, and industry-related companies, where it’s all about them, not us…DIDX dinner parties, blogger breakfasts, Facebook, LinkedIn, Oser, TMCnet.com, and the Asterisk community.
How is it working with men in VoIP?
I’m a positive thinker, so let me highlight some really cool guys in the VoIP industry. Jim VanMeggelen, wise think-tanker and president of Core Telecom Innovations and an author of Asterisk, the Future of Telephony; Rehan Ahmed of Super Technologies’ inventive mind; Rich Tehrani, VoIP’s most welcoming enabler and promoter of innovation; Muneeb Iqbal of Super Technologies’ example of excellent mega-multi-tasking with a smile; James Body of Truphone’s gift of speaking and humor; Arfeen Muhammad of Super Technologies’ calm in the face of anything; Philip Mobin of Jaxtr’s ability to inspire those who work for him and with him; and Sergey Okhapkin of Callwithus’s non-nonsense sage ability to solve anything in VoIP in a heartbeat. Wow, there are so many great men in VoIP…so that’s just a start.
What do you see for the future of women in VoIP?
Can I change the question to the future of VoIP because of women’s participation? They tend to know how to “evangelize” upon the actual empowering uses of VoIP without mentioning the term and without all the technical jargon and acronyms. That’s what sells.

Joe Gibbs Racing, the home of NASCAR superstars Tony Stewart and Kyle Busch has joined the trend of major companies switching to VoIP technology. As the team continues to ignite the racing world on the track, they will be leading the pack off the track, thanks to an IP-based phone system solution that will allow the company to lower costs, increase productivity and allow them to scale their telecommunications infrastructure as they grow.

Benjamin P. Sayers, President and CEO of VoIP Supply, is excited that VoIP technology use is expanding rapidly in all sorts of businesses and industries.”Whether it is a racing team, a school, or a corporate headquarters, VoIP technology is allowing for the best telecommunications experience, and saving organizations plenty of valuable resources.

The Buffalo Police Department is investigating a hit-and-run accident involving an SUV registered to Buffalo Bills’ running back Marshawn Lynch. According to a Buffalo Police Department spokesman it remains unclear whether the running back was in the SUV when it struck and injured a female pedestrian at approximately 3:30 a.m. Saturday in the Chippewa Entertainment District. Lynch is not known to have been in the vehicle. Now you are probably wondering what this has to do with IP Cameras…well a lot. You see Buffalo recently installed IP Cameras in that area of downtown as an on going initiative to make the streets safer after hours. The accident occurred right below the installed IP Camera. The woman who was injured in the incident has since been released from a local hospital. Lynch was Buffalo’s first-round pick in the 2007 draft out of California and has seen a meteoric rise on the field.

Could this be Marshawn’s future? We certainly hope not. But the truth is always in the tape on and off the field.

The Buffalo Police Department is investigating a hit-and-run accident involving an SUV registered to Buffalo Bills’ running back Marshawn Lynch. According to a Buffalo Police Department spokesman it remains unclear whether the running back was in the SUV when it struck and injured a female pedestrian at approximately 3:30 a.m. Saturday in the Chippewa Entertainment District. Lynch is not known to have been in the vehicle. Now you are probably wondering what this has to do with IP Cameras…well a lot. You see Buffalo recently installed IP Cameras in that area of downtown as an on going initiative to make the streets safer after hours. The accident occurred right below the installed IP Camera. The woman who was injured in the incident has since been released from a local hospital. Lynch was Buffalo’s first-round pick in the 2007 draft out of California and has seen a meteoric rise on the field. 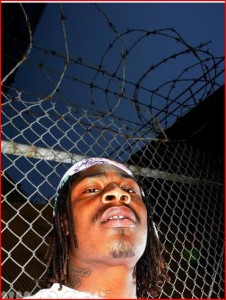 Could this be Marshawn’s future? We certainly hope not. But the truth is always in the tape on and off the field.

IPCS Word of the Day: Housing

Housing= Special covering or container to protect a camera from extreme temperatures or weather conditions. Some housings are manufacturer specific. Other companies, notably Dotworkz, Pelco and VideoAlarm manufacture ‘universal’ housings and enclosures, designed to work with cameras from a range of vendors.

I had the opportunity to be interviewed by CRN magazine in regards to the booming VoIP reseller marketplace in the face of reports that the VoIP industry, as a whole, was slowing.

You can read the entire article here, but in essence, the marketplace is changing and with this newest wave of business consumers, the demands on VoIP solution providers is changing, which has caused a bit of a lag in industry growth as resellers “figure out” how to best deal with these new customers.

This new wave of business consumer requires more education than their predecessors and it is causing deals to take a bit longer to complete, pushing out sales cycles. Here at VoIP Supply, we recognized this trend late last year and have taken numerous steps to bolster our consumer education efforts (including this blog, but look for more from us on this front very soon).

So, if you are a VoIP reseller and you are reading this, I would love to hear your thoughts on what your experience is with this latest wave? Are they similar to mine or different?